Of the many fields of STEM study, one stands up far above the rest. Known for its convoluted and difficult-to-learn subjects, as well as its many complicated equations, physics is a behemoth among the sciences. As such, those who study this field are often known to have an obsession with its many intricacies, dedicating massive amounts of time to their studies. 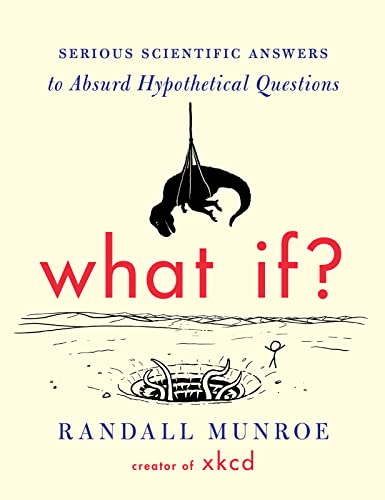 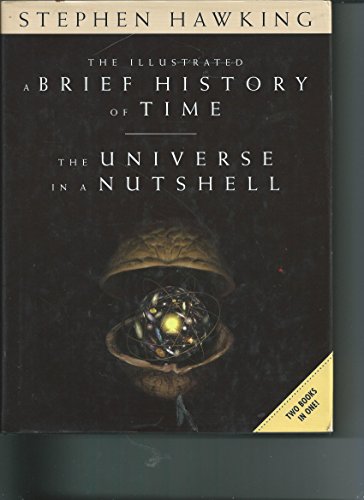 So when it comes time to buy a gift for one of these physics majors, which items would they really be able to get the most use and joy out of? The answer to this question lies below.

What If?: a book by Randall Munroe

There is a classic situation when studying physics when the value of the variable is written down wrong, leading to baseballs moving at ten thousand meters per second or a planet with the approximate mass of a black hole. Most of the time, these situations are quickly corrected, and the problem continued. But what if you took those errors and figured out what would happen with those odd scenarios?

“What If?,” a book by Randall Munroe, creator of the XKCD webcomic, takes a look at these situations of absurdity and applies science to it to figure out what would happen. From relativistic baseballs to radioactive hurricanes, this book makes a great gift for the physics majors who really enjoy looking at the very limits of the field they study.

Oftentimes, when one thinks of gifts to give to those who study physics, one of the first thoughts is those desktop Newton’s Cradles, commonly seen in movies, to subtly tell the audience that the owner has at least some intelligence. As great as it is to give a gift that both shows off some interesting physics and is visually appealing, a Newton’s Cradle is a rather common and baseline gift. Enter the Euler’s Disk, a complicated and thought-provoking puzzle of physics, combined with a fun and overlooked desk toy.

Nearly every physicist, as well as many people otherwise, will recognize the name of the late Stephen Hawking.

His work revolutionized the world of science, and his writings were one of the few from the physics world that managed to convey the complexity of physics without being too difficult to keep up with. Combined, here are two of his more famous books to mystify and inspire the aspiring physicist in your life.

Of course, one cannot spend all of their time working on physics problems, at least not without losing some sense of sanity. This twist on the classic Rubik’s Cube offers the opportunity for downtime while still keeping one’s mind sharp. Using a variety of famous equations in place of the usual color squares, this Rubik’s Cube allows that special someone to prove their intelligence twice over.

From equations to proofs to theories, studying physics involves a massive amount of writing. But writing the next prospective Theory of Everything in an everyday average notebook is just fundamentally wrong, on many different levels.

Enter this next gift recommendation, a journal with a beautiful design across the front and high-quality pages within, perfect for holding the binding laws of the universe within.

Another common source of much-needed downtime, movies are pretty well known for being very inaccurate in their portrayal of science, whether it be in the depiction of scientists themselves or in the laws of the universe broken off-handedly. Interstellar, however, avoids both of these errors with the help of Kip Thorne, a physicist famous for his work with black holes, and provides not only an interesting look at some of the more bizarre properties of such phenomena but is also a very gripping and well-made movie, good for the whole family.

The Science of Interstellar

Now, you may be thinking that despite a near-perfect representation of bizarre phenomena in movie form may be a bit lackluster for a gift. Fear not, for there is a second part to that gift idea, in the form of “The Science of Interstellar,” a book companion to the movie, written by the previously mentioned Kip Thorne. Full of explanations to the events of the movie, it is an interesting look at modern physics that makes a perfect dual gift.

As nice as pen and paper is for jotting down the next big theory, the permanence of the format can make working through tougher problems a bit more difficult. The common solution to this is whiteboards, the temporary workplace of the modern age. This particular one is desktop-sized so that it can always be within reach to quickly jot down the flow of ideas going through a physics major’s brain at a moment’s notice.

The physics community tends to be very obsessed with the history of the field, including its many twists and revolutions. One of the biggest was the discovery of light interference, a discovery that leads to many massive innovations, including wave-particle duality. That discovery is immortalized in this shirt, which anyone can find to look appealing, but only a physics major could truly enjoy.

Everyone knows the catapult, right? That towering work of wood and steel designed to break down castle walls, purely with the power of physics. With that sort of power, there is only one way to up the might of the catapult: and that is the trebuchet.

Taking all of the incredible might and majesty of the trebuchet and squishing it down into a tabletop-sized model, this build-it-yourself kit is perfect for those who enjoy both their physics and their history.

Physics is a tough field to study, with tons of little intricacies that can be difficult to keep up with. Gift buying, however, should not be, and hopefully, these gift ideas have made that so. With these ideas in hand, you are now prepared to give that perfect gift to that one person in your life who dares to bring order to natural chaos. From tabletop items to movie DVDs, from t-shirts to coffee mugs, no matter who you are, buying a gift for one of these ideas will work well for them.

As we have established, borderline good jokes and physics history are two of the major cornerstones of physics humor. Now, what if we took both of those, stuck them together, and made them into a shirt? The result would be this tee, a humorous counter to the ever-famous Schrodinger’s Cat Paradox, in which Schrodinger questions the weirdness of quantum mechanics while also creating a humanitarian crisis.

Sometimes, the classics are just that, and who can beat the classics. Many physics majors need to constantly keep up with what is going on, not only in their own field but all across the studies of science. Doing this requires having access to numerous sources, a large portion of which are magazines.

Although many other, more specific magazines could be switched out here, Scientific American is the best bet for a gift, as it covers a wide array of different subjects, meaning there is always something big for it to cover.

Another big desktop-toy-type gift, this string engine uses the power of temperature and heat to keep a wheel going. Not only does it look really cool, but it also gives the recipient the gift to show off their knowledge of their field in trying to explain how the engine works. And that’s before we mention that the concepts it showcases are still relevant, even to modern-day physicists.

One thing that anyone can tell you about physics is that it is very, very heavy in mathematics. Every concept in physics has an equation form, and there are an awful lot of concepts in physics. Some physics majors just dedicate long hours to memorizing all of these equations, but there is a better solution.

Enter this fabulous mug, which not only works as a container for many different liquids, including the godsend that is coffee, but it also comes with a cheat sheet of many major physics equations.