60th Birthday is a special milestone. This year spice up that birthday party with a hilariously funny gift.

Every year, you and someone in your life grow a little bit older. Some people handle aging with grace and humility, embracing their golden years. Others tend to ignore it completely and pretend it doesn’t exist. There’s quite a group, though, who handles aging with humor and wit, and for them, there is a group of gifts that sets out to accomplish that mission. These gag gifts are perfect for that mission; there designed to be a laugh for a 60th birthday. 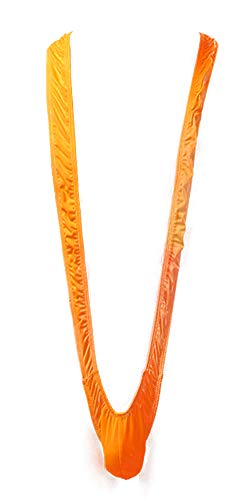 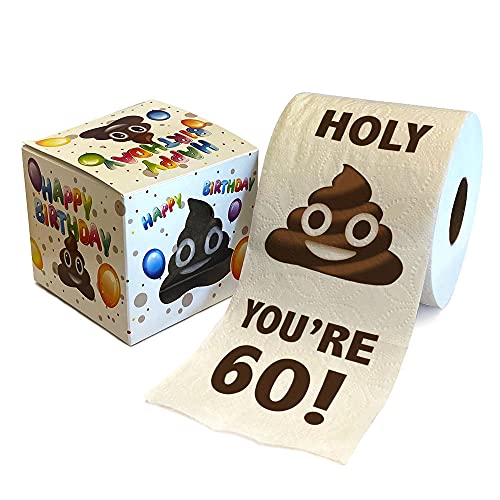 They say that when a man reaches a certain age and women too, everything starts to sag a little. If it is perfectly acceptable to buy a woman a push-up bra to lift and separate, then it should be perfectly acceptable to buy a man this pair of underwear to do the same. While a bra can only be worn under clothing, the best part is the underwear described double as a bodysuit, so only one garment is needed. No more worrying about overheating during the summer outside, gentlemen.

What better gift to buy an aging person than something they can take along to the bathroom with them. Not only does the holy crap toilet paper provide practical use, but it also provides reading material on those hard-to-go moments. Considering that they are going to be spending a lot more of their time in this particular location, at least every moment will remind them how much you truly love them, which can honestly lead to awkwardness considering their naked from the waist down.

Though it usually seems that the older one gets, the weaker and more wisdom filled the person becomes. Not every, however, fits this mold. There are ladies and gentlemen out there turning sixty who don’t look a day over forty and don’t act a day over twenty. This mug perfectly sums up a person who never acts like an elderly person and how it calculates correctly that one turning sixty can look twenty-eight, feel twenty, but act like a twelve-year-old.

Have you heard your senior citizen significant say that they can’t believe they found a hair there? Then this is the perfect gift for them. Also, this is the best way to subtly tell someone that he’s Chewbacca (or his older brother). This trimmer includes attachments for the nose, eyebrows and ears. Perhaps after one go, they’ll no longer need that hearing aid! It also can trim stubble, sideburns, and beards, making it the most useful tool you’ll keep in reach in your bathroom.

Is there a special sixty-year-old man in your life that used to take life by the wolf’s head? Now he can literally do so with this incredibly crafted walking stick. Age tends to be harsh on the bodies, and perhaps walking has become a bit unstable as well. While the birthday boy is still very healthy give him this gag gift. With this walking stick, nobody must be any the wiser that he suffers an unsteady gate, they’ll just think he’s bad to the bone instead of his bones being bad when he walks in with it.

As people age, they sometimes can’t do the things they used to in their youth. Approaching sixty may not seem old, but it actually can affect a lot of bodily functions. For example, someone who used to be able to play the tuba may no longer to blow the air into the instrument anymore. Luckily for them, there is another horn they can utilize! For their birthday, offer them the gift of a shoe horn. Not only will it crack them up, but it can also provide useful to prevent them from cracking. Luckily for them, you are there to give them gifts that clearly say you are old.

As it seems more and more states are legalizing marijuana, this is the perfect gift for your “420” friend who happens to be turning 60! As the saying goes, when you are that age you are old enough to know better and young enough not to care. This shirt screams the transition from I shouldn’t say that to oh well, lets see what happens. Therefore your “old dog” birthday celebrant will surely adore this gift.

Any party, from a celebration of a first birthday to a geriatric birthday party, would look much cooler with these glasses. Imagine throwing grandpa a surprise birthday party. It is already a big deal; he’s turning 60, but then he walks in and sees his friends and family in these quirky glasses. What a great way to start a party!!

Do you know someone turning sixty who is too embarrassed to get a hearing aid because it will not only make them feel old but look old as well? Have no fear, this gift is perfect for them. It discreetly fits over the ear and amplifies sound, allowing them to hear. They will never have to pay for repairs, replace the battery, or put in any maintenance except not wearing it in wet areas.

If you have a male friend or significant other turning sixty this year, you may be wondering what to buy them. Perhaps they were a bodybuilder or just liked to keep their muscles looking right. Now you can give them this exercise equipment to keep their “man muscle” in shape. Often we hear about sagging and dysfunction, but with this mini-barbell, your friend will have no other choice than to “keep it up” and keep on pumpin’.

If this is not one of the funniest gifts for 60th birthday, then what is?

When children are little, you would never pack a diaper bag without diapers. As they grow older and become potty trained, you would always pack a spare outfit complete with underwear in case of accidents. When your friend turns sixty, it is much like them turning six…they don’t have the standard of self-control like they used to. For that person, you may want to buy them a pair of emergency underwear. It is in a small enough package to be discreet in one’s purse or fanny pack and grows to size once opened. If you aren’t the life of the party, here is the chance to be the laugh of the party.

As an aging person knows, the two problems around the sixtieth birthday are losing their memory and needing dentures. The problem with that is when the two problems hit together, it is very likely that they ended up losing their dentures. Here is a great idea for them for their birthday; a denture mold. Not only can you replace their lost dentures, but you can also do it in the form of ice, chocolate, jell-o, or any other malleable food.

Holy Sht You are Old

The closer the sixtieth birthday approaches, the more you may sit around saying holy sh#t they are getting really old. Never one to sensor your words, here is a way to display that at the party. With this beautiful gold banner, it will be the life and the laugh of the party. Everyone will appreciate your humor as well as your candidness.

If there is one thing that older people love being reminded of, it is how old they are turning. For that special sixty-year-old in your life, the perfect gift does exist. This game is focused on sixty. All the questions have to do with that age, and after sixty seconds, you will probably even need the question repeated. The novelty of this game is you can play it day after day because you memory loss will ensure the questions are brand new daily.

This is not just a great gift for 60-year-old men, it is for great for every birthday and it is sooooo funny. For every man who has not yet been able to grow a beer belly this is the right gift. It is a great disgrace to exist somebody who has no beer belly so for all them birthday gift need to this one They need to know what benefits can bring them a great hairy beer belly. If you want to make this gift even more valuable, put in a beer and a bit of change.

If you are scratching your head thinking what the nuts you are going to get your aging friend for their sixtieth birthday, you may be on to something. If you are a videogamer, you will know that the best part of winning isn’t the win itself, but the moment you can walk over to your opponent and tea bag them. What else do seniors love more than tea bagging…well, tea. Not only can your gift give a little winners’ jab their way, they can think about how hilarious you are every time they drink a little tea.

Once you hit sixty, your dreams of winning Mr. America are pretty much non-existent anymore. Maybe you have a friend turning sixty who used to be a pageant queen (or always wanted to). Now you can give them the official honor of being old as sh#t. Paired with the perfect poop crown, this satin sash would be enough to make any senior blush and allow them to be acknowledged as the star of the show.

Getting in and out of the car when your sixty can be challenging. Perhaps your friend is struggling with this as well as having to go to the eye doctor nearly every day as their vision worsens and worsens. What better gift to gift them with than the gift of a house visit from their eye doctor? So you don’t have the money lying around for that and that is ok, just get them this eye chart. It’s basically the same concept, the same tools, just not the same price tag.

This gag gift idea will make him laugh out loud. It will be present that he will never forget. Just kidding, hi is an old fart, he will forget that until tomorrow.

I have often heard it said that the first thing to go as you age is your memory. This day and age, you can take a pill for anything. There are also holistic options such as incense and oils. Well, it’s about time to take it to another level and give your aging special birthday buddy mints to enhance their memory. Though it doesn’t pack the same punch as the little blue pill, this little white mint is sure to enhance their funny bone.

If there is one thing that your nearly 60-year-old friend has probably said is that they wish they were younger or that they wished they had more time. Now is a way to give them both. With the age eraser, you can erase how old you are and redefine that. The best part is that this gift is nearly endless! Until the eraser runs out, every time you near that sixtieth birthday, you can whip this eraser out and turn back the hands of time.

Imagine how excited you would be if someone said they found an action figure of you for your birthday. This is exactly what you can find the 60-year-old birthday lady in your life. Then hand her these and watch as you, her, and the whole party go-to stitches with laughter. After the humor dies down, you can even race these grannies. If you’re feeling lucky, you might even place a little bet, say loser pays winners dentures.