Since Engel and Yeti coolers are among the most popular cooler brands in the US, there is no surprise that people are constantly comparing them in order to choose the better option for their needs.

Engel claims to be the pioneer in the production of roto-molded ice chest coolers, but Yeti has quickly become one of the most popular and desired brands with its premium coolers. 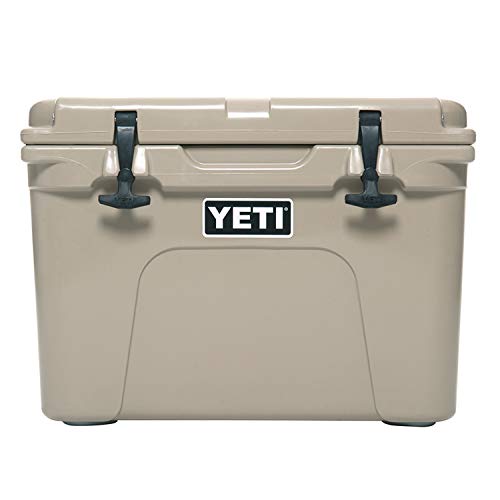 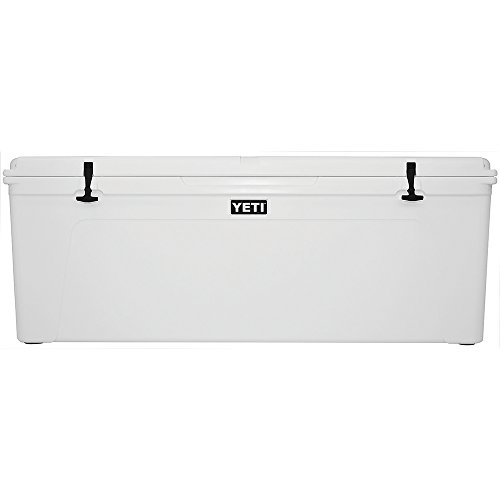 So, how do the products of these two companies compare, and who has the better coolers?

Here is our detailed comparison and review focused on the Engel coolers vs. Yeti dilemma.

Read on to find out who the winner is in this tight coolers match.

Here are some of the main features of the coolers offered by both outdoor product companies worth noting:

Yeti also specializes in the production of ice buckets like the Tank 45 and the Tank 85, as well as the unique Silo 6G, which is an insulated cooling hydration system.

Results of the ice retention challenge between Engel and Yeti coolers

Many ice retention tests have been done through the years to determine which ice chest cooler and other cooler has the greatest performance when it comes to holding ice.

The results of most of the recent tests show that the Engel Deep Blue Series 50Q cooler performed significantly better than the similarly sized Yeti Tundra 45.

In a similar test between the Yeti Roadie 20 and the Engel 25Q, the results showed that both small-sized hard sided coolers held the ice for approximately the same time, with the Roadie 20 having a slighter edge over the Engel 25Q.

The Yeti Tundra 45 is actually 37 quarts and has a 2-inch polyurethane insulation, paired with the freezer quality gaskets for creating a perfect seal. The construction is one-piece roto-molded, so there are no weaknesses and seams which can open up or start leaking over time.

The Engel Deep Blue 35 is also roto-molded and features a 2-inch polyurethane insulation on all sides of the icebox. The silicone gasket for freezers ensures that the lid stays tightly closed and thus the cold stays inside of the ice cooler.

The Engel Deep Blue has a capacity of 35 quarts and has a lightly pitched floor which helps drain the cooler without having to move the beverages, foodstuffs or other things you have inside.

It has multiple options for being tied down to your truck, ground or other surfaces, so it doesn’t tip over.

Both coolers will hold ice up to 5 days even in very hot temperatures of 95 degrees Fahrenheit.

Overall, the results which can be found from similar tests being performed show that the Engel ice box coolers can retain ice for almost 10 full days, and the Yeti coolers of the same size have shown results which are very close – up to 9 days.

As for the build quality, the features of the Tundra and the Deep Blue ice chest coolers are very similar.

The biggest difference is in the latch system of each of the coolers.

As for the durability, some users have complained about the lid of their Engel cooler starting to pit after years of use, while users who have preferred to use Yeti hard sided coolers do not note anything about pitting but do complain about the coolers being prone to scratches over time.

The Engel Deep Blue 80 quarts cooler and the Yeti Tundra 75 are one of the larger-sized hard sided roto-molded coolers which are offered by the two companies.

Here is a comparison between the two which aims to establish which one is the better cooler.

The Engel 80 quarts roto-molded cooler is a large-sized ice box cooler that is offered at a very reasonable price. It has a storage capacity of 75 quarts which means that you can hold up to 60 cans along with the ice needed to keep them cold for up to 10 days.

The large Deep Blue ice box cooler has incredibly strong premium hinges which help keep the lid open and standing upright so that you can quickly go through your provisions without worrying about holding the lid at the same time.

The ice chest by Engel has four tie-down points which you can use to tie the cooler to your truck floor or to your boat if you are using it as a marine cooler.

The Yeti Tundra 75 has a smaller capacity of about 72 quarts and can hold up to 50 cans with a lot of ice to keep them cool for days. It is incredibly sturdy so you can even use it as a chair without worrying about damaging it. It has T-shaped latches which ensure that the lid is closed safely and snugly after each use. It even has padlock holes, so you can lock your cooler to keep your provisions safe.

Both large sized coolers are advertised to provide ice retention of up to 10 days, and there is no doubt that with sufficient ice, and proper use, as well as by keeping them out of the direct sunlight, they will be able to hold your beverages and food cold for up to 10 days.

The slight differences in the capacities are not as relevant because both coolers are large sized and have excellent ice retention qualities.

As for the security, Yeti Tundra 75 has higher quality latches and an option for locking the cooler, so it is no doubt the cooler with the better security options of the two.

The Engel HD30 vs the Yeti Hopper Two

The next comparison is between two of the smaller personal coolers offered by the two manufacturers – the Engel HD30 and the Yeti Hopper Two. The Engel HD30 is a spacious personal cooler which can fit up to 24 cans along with 10 lbs. of ice. It is highly portable and is perfect for a day at the beach or for one-day or two-day trips.

It has a sturdy, heavy duty zipper which seals the main insulated compartment very well, as well as a special vacuum valve which helps remove the excess air from the insulation interior and thus improves the cooling performance.

You can choose among the various carrying options when it comes to the Engel HD30 as it has a comfortable padded shoulder strap, two side handles and a single handle on top.

The cooler can hold ice and keep your food and beverages cool for up to 4 days, and even more if you use it and pack it right.

The Yeti Hopper Two is another versatile cooler which can retain ice and keep your drinks and food cool and fresh for up to 3 days or even more, depending on how much ice you pack. The ideal proportion suggested by Yeti is to pack 2 lbs. of ice per pound of food.

The Hopper Two is incredibly comfortable to carry and to use. The opening of the main compartment is zippered and is extra-large for easy and quick access.

It has a capacity of holding up to 24 cans and the ice you will need to keep them cool for up to 3 days.

It has a waterproof exterior.

Overall, both personal coolers have the same capacity of carrying up to 24 drink cans along with the 10 lbs. of ice to keep them cold. Neither of the coolers has an additional dry storage pocket.

As for ice retention time, thanks to its clever vacuum valve, the HD30 will hold ice for up to 4 days, while the Hopper Two will retain ice for about 3 days or a little longer.

Although the Engel HD30 is more efficient as a cooler, the Yeti Hopper Two has the easier and better accessibility option, thanks to the large zippered opening.

But since the number one priority for people purchasing coolers is to ensure that their drinks are cool and their food is fresh and safe to eat, the winner of this round is the Engel HD30 which beats the Yeti Hopper Two by a whole day when it comes to ice retention.

The Engel 13 Quart vs the Yeti Hopper FLIP 12

The last comparison is between two other very successful models offered by these manufacturers – the Yeti Hopper FLIP 12 and the Engel 13 Quarts coolers. These small coolers are excellent for personal use.

The Engel 13 Quart cooler has a very simple and effective design. It can hold up to 18 cans but can be used for storing bait when you go fishing too. The inner compartment is insulated and can fit two meals plus drinks. The lid can be closed securely and there is an added plastic tray on top of the cooler where you can keep smaller items out of the ice.

The 13 Quart cooler by Engel will retain ice for about 1 day, but you can extend this period by adding new ice.

The Yeti Hopper Flip 12 is another popular model which can hold up to 12 cans and will keep them cool for up to 2 days. It has a soft-sided construction, unlike the Engel 13 Qt. So it is great for use in the city and as a lunchbox. The Yeti soft sided personal cooler has a comfy padded shoulder strap and has a leak-proof liner inside which is also very easy to sanitize and clean.

When it comes to ice retention, the clear winner in this competition is the Yeti Hopper Flip, as it can hold ice for twice as long as the Engel 13Qt. Cooler.

The Engel cooler can carry up to 18 cans and 12 lbs. of ice, while the Hopper Flip has a capacity of carrying 12 cans plus the ice..

The Engel cooler comes with a nifty storage tray, while the Hopper has MOLLE compatible attachments.

As for portability, both small-sized coolers are easy to carry, but the Hopper Flip has an added comfortable padded shoulder strap which makes it easier to carry.

Overall, the Hopper Flip is the clear winner in this round mainly due to its longer ice retention and its better portability.

The pros and cons of Engel and Yeti coolers

As you can see, the coolers offered by two of the most recognized names in the cooler production industry – Yeti and Engel are quite similar when it comes to quality, performance, ice retention, and features.

The biggest difference between the two is the prices of the Yeti coolers vs those of the Engel coolers. Yeti’s products are much higher than those asked for Engel’s products.

Another difference is the longer warranty given by Engel as compared to Yeti.

Overall, both the Yeti and the Engel coolers are of superb quality and will do the job they are meant for – to keep your beverages cold and to keep your food fresh and safe when you are enjoying time outdoors, traveling or doing any other outdoor activities.

So, it is a matter of personal preference which cooler brand is better, but whichever you choose, we are sure that you will be happy with your purchase, as both Yeti and Engel are known to make some of the top-quality coolers in the US and in the world! Sharon Carrell
Sharon Carrell is a staff writer covering fitness at Merchdope, testing everything from running watches to treadmills and sports equipment. She is also a certified personal trainer.