So, last week I had a ton of chores around the house since we had some remodeling projects. Cooking a meal from scratch was out of the picture. My boys were thrilled, not because they don’t love my food, but because that seemed like the perfect moment to order pizza from their favorite pizzeria.

However, since mother knows best, I have already predicted this situation and bought several frozen pizzas in the supermarket, because, to be honest, they are quite cheaper than the ones from pizzerias, and while they are not actually a culinary delight, there is a quite decent chance to find a very good pizza among the bunch. 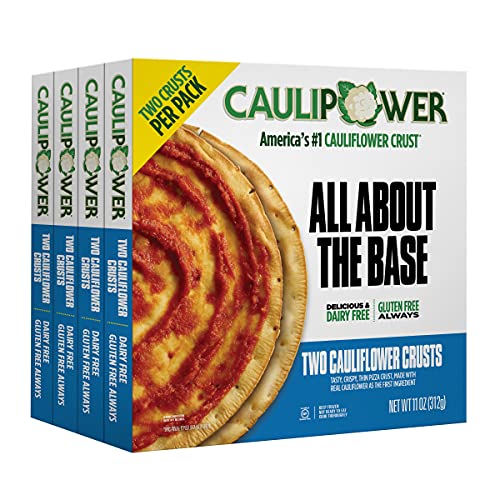 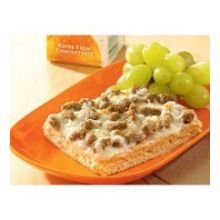 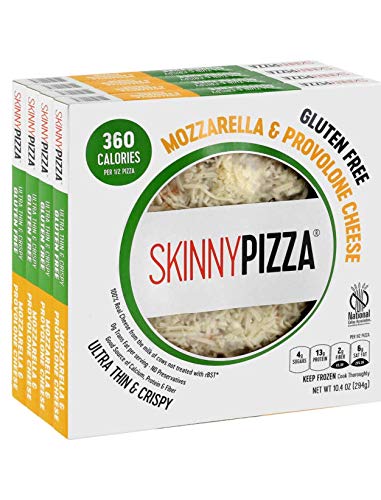 For someone who is very enthusiastic about everything associated with cooking, even thinking about frozen food was difficult, but after a lot of effort invested, I have finally learned what the best-frozen pizza out there is, and I’ll share my choice with you to spare you the same trouble.

But first, a little something on the factors I considered in the process of making that decision.

For most products, the serving size is individual-sized pizza, but even those sizes vary, from 4oz per pie to 27oz per pie.

If you are buying frozen pizza to go with your binge-watching Sunday eve (we’ve all been there), then the size isn’t that big of a factor.

But when it comes to a meal for a family of four members, it is something you should pay attention to.

As a mother, I find it immensely important for the food to be as healthy as possible. Of course, I don’t expect wonders from frozen pizza, but at least it shouldn’t be a carb-bomb.

When you are looking into nutritional ratings, you should pay special attention to calories (per gram of food), total fat, including trans fat and saturated fat, sugars, sodium, calcium, iron, and dietary fiber.

Ratings you should pay the most attention to are saturated fat and sodium.

You definitely want to get a pizza that has less of both.

My recommendation is to never go for more than 600 milligrams of sodium and four grams of saturated fat per serving. These figures are one-quarter of a day’s sodium limit, a fifth of the daily upper limit for saturated fat.

The crust determines crispness, softness, and a large part of nutritional ratings.

Up until recently, it was almost impossible to find a pizza crust that is healthy and isn’t made of white flour and packed with refined sugar.

Fortunately, with the recent healthy-food craze, there are a lot of frozen pizzas available with crusts made of whole-grain flour and even cauliflower crusts.

Gluten-free pizza crusts are no longer a part of a distant dream; now, they are widely available in almost every supermarket across the states.

Also, stuffed-crust pizzas may be very tempting, but they are also high in fat and calories, so keeping it simple with the thin crust is a wiser choice.

See Also: How to Choose A Flour Sifter?

Your usual consumer logic is probably telling you the more toppings, the better, but is that actually true? Simple pizzas with basic toppings have fewer calories.

Pizzas without cheese contain far less fat, but if you can’t imagine yourself eating a pizza without cheese, at least try to forgo some of the most fattening toppings like pepperoni, extra cheese, and sausage.

You should look for ingredients that are natural and organic or at least minimally processed.

Vegetables, such as bell peppers and onions, are welcome because they enrich the taste of pizza without adding more fat. Turkey sausage is a healthier alternative to pork.

Finally, it is the price that can help you make your call since most people are buying frozen pizza to save money.

Of course, the price will depend on the number of servings per case, but also on the manufacturer’s reputation and the used ingredients.

Bonus: How to make your frozen pizza better?

Frozen pizzas can be great, but they are far from being the perfect Sunday family meal. However, that doesn’t mean you can’t make them if just a little bit better, by following some tips. I tried various tricks, some of them worked, and some of them were a disaster (let’s not talk about those).

Here are the best things I learned from the process:

Now that we have all that figured out, it is time to see which one of the top-rated frozen pizzas I tried is my choice for the best frozen pizza you can buy.

If you want to eat healthier food at home but still would like the convenience of having ready-made frozen pizza, then you should check out the Real Good Foods Cauliflower Crust Pizza. It is completely gluten-free and is made for people with gluten intolerance or for those who follow the keto or other low-carb and high protein diet.

More importantly, it’s a superb option for people who care about the nutritional qualities of the food they eat but still want to enjoy eating delicious meals like pizza at home.

This delicious pizza comes in packs of 4 or 8 small-sized 11-inch pizzas. You can choose between the Margherita, Pepperoni, Cheese, or Vegetable options available.

The crust is made of healthy and low caloric cauliflower and has no gluten, grains, or other fiber fillers. Still, it is a delicious pizza and a great way to trick the kids into eating healthier veggies with fewer carbs and with more protein.

Each serving of this healthy frozen pizza has 9g carbs only and 19g of protein. The delicious and healthy pizza is easy and quick to prepare.

The company offers it backed with a 100% satisfaction guarantee so that you can try it, and if it is not to your liking, you can get your money back.

Anyway, if you are on the popular keto diet, this frozen pizza is the best product you can find to “cheat” on your diet and satisfy your cravings for real pizza. It is a tad expensive, but given the high-quality real foods used for making it, it is worth the investment when it comes to your health and wellbeing.

If I had to be honest, I’d say that the first thing that attracts my attention to this pizza is the shape, and I ordered it because I thought it would be interesting to square pizza, especially because it reminds me of all those meals in the high school restaurant. But this is not the only thing that is important to know about Tony’s breakfast squares.

The crust is made of 50 percent whole grains. The toppings are also very healthy and nutritious. Instead of pepperoni or Italian sausage, these squares are topped with flavorful turkey sausage and a blend of equal proportions of real mozzarella and substitute cheese.

With two grams of saturated fat per serving and 330 mg of sodium, this pizza meets my expectations when it comes to nutritional ratings. It is prepared for about 17 minutes so that you can enjoy it pretty fast.

The SkinnyPizza is another healthy alternative to the traditional frozen pizzas.
The pizzas come in packs of 4 pizzas that have no artificial additives and flavors or fillers added and are made of 100% real cheese and real meats without nitrates, nitrites, or antibiotics, plus organic tomatoes.
With these pizzas, you can satisfy your cravings for pizza but eat without worrying about all the unhealthy ingredients which are added to some ready-made pizzas.

The SkinnyPizza has a thin and crispy crust with no preservatives.
It is available in recipes with stone-fired crust, as well as with a cauliflower crust or with a gluten-free crust. The pizza types are with cheese, uncured pepperoni, and variety packs with or without gluten.

The regular Mozzarella and Provolone Cheese SkinnyPizza, which we love eating, has only 310 calories per half a pizza. This makes enjoying a piece or two of it a guilt-free pleasure for me.
The pizzas by SkinnyPizza have an amazingly crisp and crunchy crust and are made of the best ingredients, without any added unknown or harmful ingredients, so it is among the healthiest of all options on this list.

Celeste Pizza For One Pepperoni – Cholesterol for One

Another classic style pizza, Celeste pepperoni, provides authentic (as authentic as it gets with frozen food) Italian taste and look.

My biggest issue with this pizza is that it is as far from healthy as it gets because not only it contains seven grams of saturated fat per serving, but it also has more than 200 milligrams of sodium above the recommended limit. Add 40 grams of carbs to it, and you’ve got yourself a real fat bomb.

With that being said, it is pretty obvious why this is another one of my kids’ favorite. The pepperoni is made with both pork and chicken, and the amount of cheese is quite over-the-top for my taste, especially when you count in the number of calories and fat in that cheese.

I don’t really like the taste and the texture of the cheese once it is melted. It reminds me more of plastic than a dairy product. A lot of the ingredients are worrisome, to say the least.

Remember what we talked about the nutritional value of the pizza crust?

Caulipower is one of the healthiest frozen pizzas available on the market, which is not only gluten-free but also contains only 150mg of sodium and 1g of saturated fat per serving. I’m very satisfied that I could find something as healthy as this pizza to serve my kids.

However, speaking of my boys, they needed some time to get used to the pizza crust, which, according to them, wasn’t “salty and doughy enough,” and it tasted like “polenta.” I had no problems with the taste of the crust. While it was very much different than the pizza we order from the pizzerias, it still tasted good, and the texture was crispy like when eating crackers.

Caulipower is available in four varieties. One is plain crust you can layer with your favorite toppings, and the other three are classic pizzas – veggie, three cheese, and margarita.

Although this pizza is quite progressing in the world of frozen foods, it still has some nutritional issues, such as cornstarch and flour mixture into the crust and 26 carbs per piece.

And the Winner Is…

I bet you are anxious to see my choice, but first, I have to explain that health was the absolute priority here and the taste was important but secondary.

With that in mind, the best frozen pizza out of these five is most definitely Tonys Sausage and Country Gravy Breakfast Pizza because it is the perfect balance between the two.

Cauliflower pizza and Low Carb pizza are good, but they still have some nutritional issues to solve.

And to the request of my sons, I have to name the SKINNYPIZZA Cheese as a runner-up in this competition because its taste, crust and texture are the closest it gets to a pizza from their favorite pizzeria. 🙂

Percy Mack
Percy Mack is a senior staff writer covering TV-s and all hi-tech accessories at Merchdope. He has been reviewing all these things since 2017.
Latest posts by Percy Mack (see all)